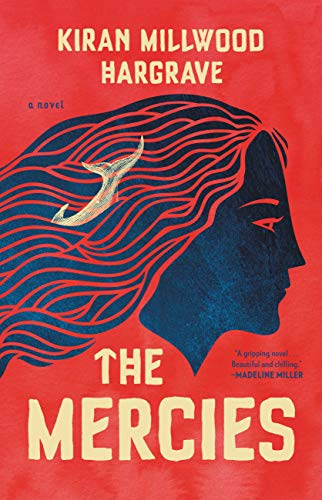 Genre: Fiction
Media Types: Book, Ebook
Inspired by real events, The Mercies follows Maren, a young woman living in an isolated Norwegian fishing village of Vardø. After all the men in their community are killed in a terrible storm the women are faced with no alternative but to band together to survive.  Meanwhile, Ursa has led a very different life growing up in the city.  She learns she is to be married to Absalom, a young commissioner who has been tasked with bringing Maren’s village back to a righteous path. When they arrive Ursa is amazed at the resilience and independence of the women in the community, while Absalom only sees a godless place plagued by witchcraft. As Ursa and Maren’s relationship develops,  Absalom begins a witch hunt, intent on robbing women of their independence through any means necessary.
Reserve on: Library Catalog OverDrive

We use cookies to ensure that we give you the best experience on our website. If you continue to use this site we will assume that you are happy with it.OkNo